Lost weight and got active

Natalie's family life is a busy one; juggling work with being a mum means she doesn’t get much time for herself. Working in a desk-based job and looking after the kids, Natalie realised that she was sitting most of the time, and doing very little exercise.

When Natalie initially joined LiveWell Dorset, she signed up to Weight Watchers for 12 weeks. This gave her the kick start she'd been looking for and the initial weight loss boosted her confidence. But life got in the way, and slowly she noticed some of the weight creeping back on. With an upcoming once-in-a-lifetime family holiday to Florida on the horizon, Natalie knew she needed some more help. Having already been to Weight Watchers Natalie knew all about healthy eating, but she was still concerned about how active she was. At her 6-month follow up with LiveWell Dorset Natalie voiced her concerns and was recommended the Couch to 5K app (c25k) by our Wellness Advisor.

HAVING NEVER BEEN A RUNNER, NATALIE WAS APPREHENSIVE BUT DETERMINED.

She decided to do the couch to 5K at the time she usually takes the family dog for a walk, early in the morning whilst most people are still waking up. Not only did this mean she didn't have to find extra time out of her day, but she felt more confident to run without being seen! The app really helped Natalie as it started her slowly building her stamina up gradually; in fact week 1 was more walking than running. She really liked the fact that she could listen to her own music playlist to encourage her motivation whilst being mentored at the same time from the running app. Each week after that, Natalie found that she had run a little further than before. Natalie really benefited from each Couch to 5K session being 30 minutes, so even though each time she would run further, she wouldn't have to find extra time to do so. 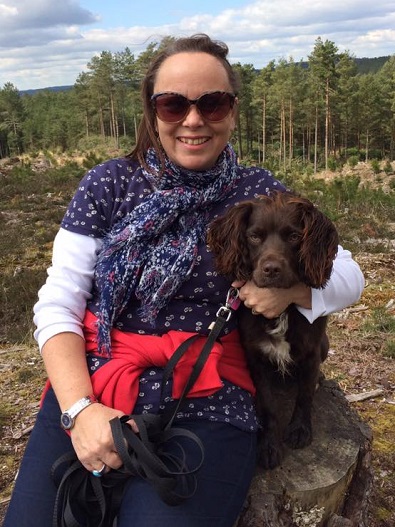 Natalie is feeling a fantastic sense of achievement having completed the Couch to 5K sessions. She finds the first 10 minutes of each session hard, but perseveres to overcome them and complete her half an hour. She hasn't quite stuck to completing it in the 9 weeks suggested by the app as she couldn’t commit to running three times a week, but that hasn’t stopped her! Natalie is now much more “Florida Fit” and confident for her family holiday. After Easter, when she's completed Couch to 5K, Natalie plans to attend her first Weymouth parkrun.