Alcoholism isn’t just when you have the occasional drink, it’s the addiction to drinking alcohol and can lead to serious health issues. If you think you might be living with alcoholism, you’re not alone. In fact, Alcohol Change UK states that there’s an estimated 602,391 alcohol dependent drinkers in the UK, and only 18% of them are receiving treatment. In this article, we’ll explore what causes someone to struggle with alcoholism and what practical steps can be taken to help yourself, or someone you know to drink less.

Firstly, alcoholism is a drinking disorder which occurs when a person consumes so much alcohol that their body then depends on it (this is an addiction). Those who struggle with alcoholism are likely to prioritise drinking alcoholic substances above other important things in their lives, such as relationships, work and other responsibilities. It can be very difficult for someone with alcoholism to drink less, even when they experience negative consequences such as losing a job or damaging close relationships.

It’s important to note that alcoholism is different to alcohol misuse (such as binge drinking), which, although harmful, is not an addiction but sees people drink to the point their health can be affected.

1. Having a history of substance abuse

A person who has previously been addicted to another substance may be more at risk of developing alcoholism as drinking may offer a similar feeling they crave. Those who have previously had some sort of drug addiction are usually advised not to drink either, in case it leads to a relapse or the alcohol takes the place of the substance previously taken - which can happen all too easily in a society where alcohol is available just a corner shop away.

Binge drinking involves drinking an excessive amount of alcohol in a short space of time. Whilst it’s often associated with young people and partying, it is not limited to this. Many people may also turn to binge drinking if they feel uncomfortable in social situations as it can temporarily relieve feelings of anxiety. If binge drinking becomes a habit or a regular drinking pattern, it can lead to alcoholism, as drinking is, in effect, seen as a type of medicine or “cure” from negative emotions.

3. Having a mental health problem or unresolved trauma

Having experienced a traumatic event or having mental health disorders such as anxiety and depression can lead people to turn to drinking more often in harmful quantities. This is because alcohol can temporarily relieve negative feelings, relaxing us or making us forget about our worries -  essentially, it’s a way of coping with these overwhelming emotions. That said, alcohol can also worsen mental health disorders, heightening feelings of anxiety and low mood.

Find out more about how alcohol affects anxiety and depression.

Like trying to manage other negative emotions and “manage” mental health disorders, alcohol can be consumed in dangerous amounts as a means to cope with high-stress levels. For example, if you work a stressful job where there are tight deadlines and you have lots of responsibilities, you might try to de-stress back home by having some drinks. Whilst this may seem harmless and you might feel in control, you can easily become dependent on alcohol as a form of relaxation - the thing to remember here is that the effects of alcohol are only temporary, and if you’re often stressed, you could end up relying on alcohol more and more.

5. Having a family history of alcoholism

Having and growing up with a family member who has alcoholism can also increase your risk of developing a similar drinking problem. This could either be down to learning from your environment or genetics.

Growing up around someone who abuses alcohol can potentially have an impact on your own attitude towards drinking as it’s normalised. Equally, it can of course have the opposite effect due to negative associations.

There is also research to suggest that we can inherit a genetic predisposition towards alcohol abuse and addiction. This means it’s possible for some people to inherit genes which make them more likely to develop alcoholism. That said, it’s unlikely that genes alone would lead to alcoholism and other factors such as one’s environment could contribute to the risk of alcohol abuse.

So, what exactly is it about alcohol that hooks so many of us?

The chemicals inside alcohol

When we drink alcohol, it can have a euphoric effect as it causes the production and release of more of the neurotransmitters dopamine and serotonin - which we should have a healthy balance of. After drinking, we’ll initially feel the effects of serotonin, which makes us feel happy and calm and then dopamine’s effects will kick in, giving us feelings of pleasure. It’s these feelings that an alcoholic will be chasing, as it generates a buzz and makes us feel more relaxed.

That said, if too much serotonin and dopamine is released, it can have the opposite effect and even lead to feelings of depression and loss of control (for example, someone who has had too much alcohol may be seen stumbling, have slurred speech and fall asleep). This is because the brain will adapt to these new levels of serotonin and dopamine and can end up producing less of these chemicals, leading to low mood.

How alcohol makes us feel

As mentioned above, the release of certain chemicals makes us feel better (initially), and someone who is alcohol dependent will be chasing this high, or perhaps even looking to numb any physical or emotional pain they’re experiencing.

We can develop a tolerance to alcohol

The more we drink alcohol, the more our bodies get used to tolerating it. If someone gets into a pattern of regular drinking, they’ll eventually end up having to consume more alcohol to achieve the same effects as their body is already accustomed to the levels of alcohol they consume.

It helps to ‘manage’ withdrawal symptoms

These are all very unpleasant symptoms that someone who normally relies on alcohol will likely experience when they stop drinking. It can therefore be all too tempting to turn back to alcohol in order to suppress these feelings, giving in to our body’s cravings, but this is how the vicious cycle of drinking continues. You can find out more about what happens to your body when you stop drinking here.

Because of the intensity of withdrawal symptoms and how dangerous they can potentially be for someone, it’s important to stop drinking with the guidance of a medical professional who can support you as you detox so that you can safely wean yourself off of alcohol dependency.

What increases the risk of a person suffering from alcoholism can be different for everyone, such as personal experiences, genetics, history of drinking and other factors. Whilst these factors won’t necessarily lead to a drinking problem, it can certainly cause a harmful relationship with alcohol. Once hooked on alcohol, it can be difficult to put the drink down due to the chemical effects it has on our brain and the physical symptoms we experience when we finally try and turn our back on it. Stopping drinking can be incredibly challenging, and we may not always like to admit we have an unhealthy relationship with alcohol, but it’s important to remember that you’re not alone and you can get the support you need to live an alcohol-free life.

Looking for help to combat alcoholism?

If you live in Dorset and you’re looking for help to drink less, we can help. If you believe that you or someone you know is beginning to struggle with alcohol, please do get in touch to find out more on how our health advisors and coaches can offer their support or register with us today. 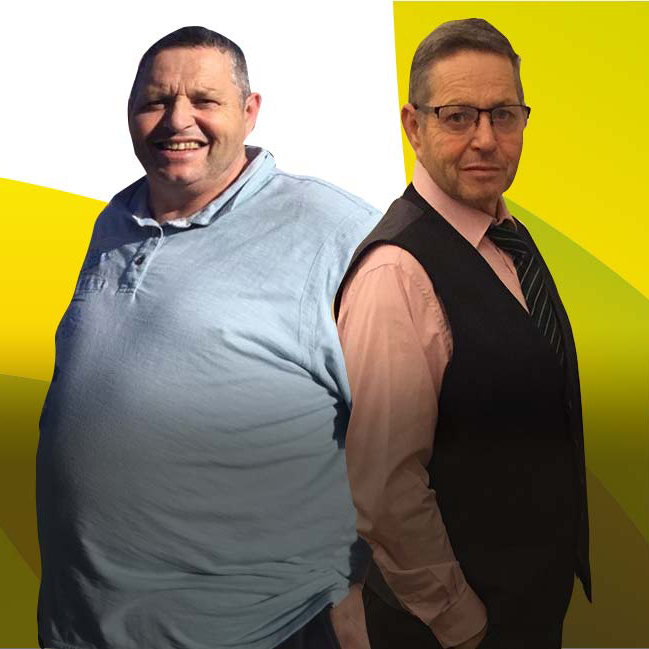 It's time for me to get my health in order