Weymouth resident Julia was browsing our Activity Finder when something jumped out at her!

"I loved netball at school! I was on the school team and then continued to play beyond school. I even started a mums netball group, with a bunch of other mums I met at the school gates. Fast forward to now and being quite new to Weymouth, I'd never really found a physical activity that would fit into my schedule. I think it's important to keep my body moving, but it's not easy. I enjoy arts, crafts and yoga, but these don't really get my blood pumping! I've lost a stone through Slimming World which gave me confidence that I can move more. I have a bit of arthritis in my knee and have previously used that as an excuse as it makes it less easy to be active. But, having lost some weight, I felt ready to get active too.

"When I saw the idea of walking netball on LiveWell Dorset's Activity Finder I was really excited!"

This was something I wanted to try! And it was just a short journey away - I had no idea such an activity existed on my doorstep! I called the number and the person who answered the phone was very kind. The first week I went along, I was immediately introduced to a lovely group of kind, like-minded women. Straight away I was smiling, having a laugh and a bit of banter!

It takes place for an hour every Tuesday evening and costs a worthwhile £4.50 a session. We start off with a warm-up and stretches, then we shoot some hoops! All at walking pace. Finally, we end with a friendly game. Sometimes we choose positions, at other times we'll pick the bibs pot-luck out of the bag. It can get quite competitive! And vocal! The rule is that you need one foot on the ground at all times, but it's very tempting to step up the pace! It's exciting! We break for a much-needed breather and refreshment halfway through. It really does get my heart beating!

The ladies are at a similar age to me with varying degrees of fitness. I've suddenly found myself with a new group of friends! They are lovely and kind people. We recently agreed together that we wanted to start playing friendlies with other groups, so I'm looking forward to that.

What with the weight loss and now being active with a new group of friends - it's fantastic! The community I've found is wonderful. It makes life a lot brighter. And my body is feeling the benefits. I was a bit sore after the first couple of sessions but my muscles have quickly awakened to the new activity. It's given me new confidence to do other physical things, such as DIY around the house. It's very easy to say "I can't do that" and no one questions me, but it was just a way of hiding. I can do that! I was capable of doing much more than I thought but just lacked confidence." 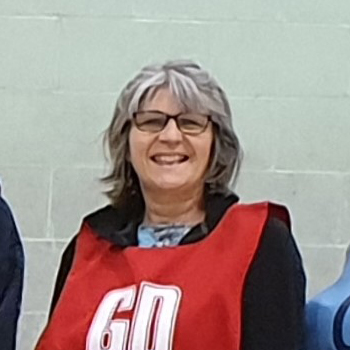 I feel a million dollars!

Find activities and classes near you